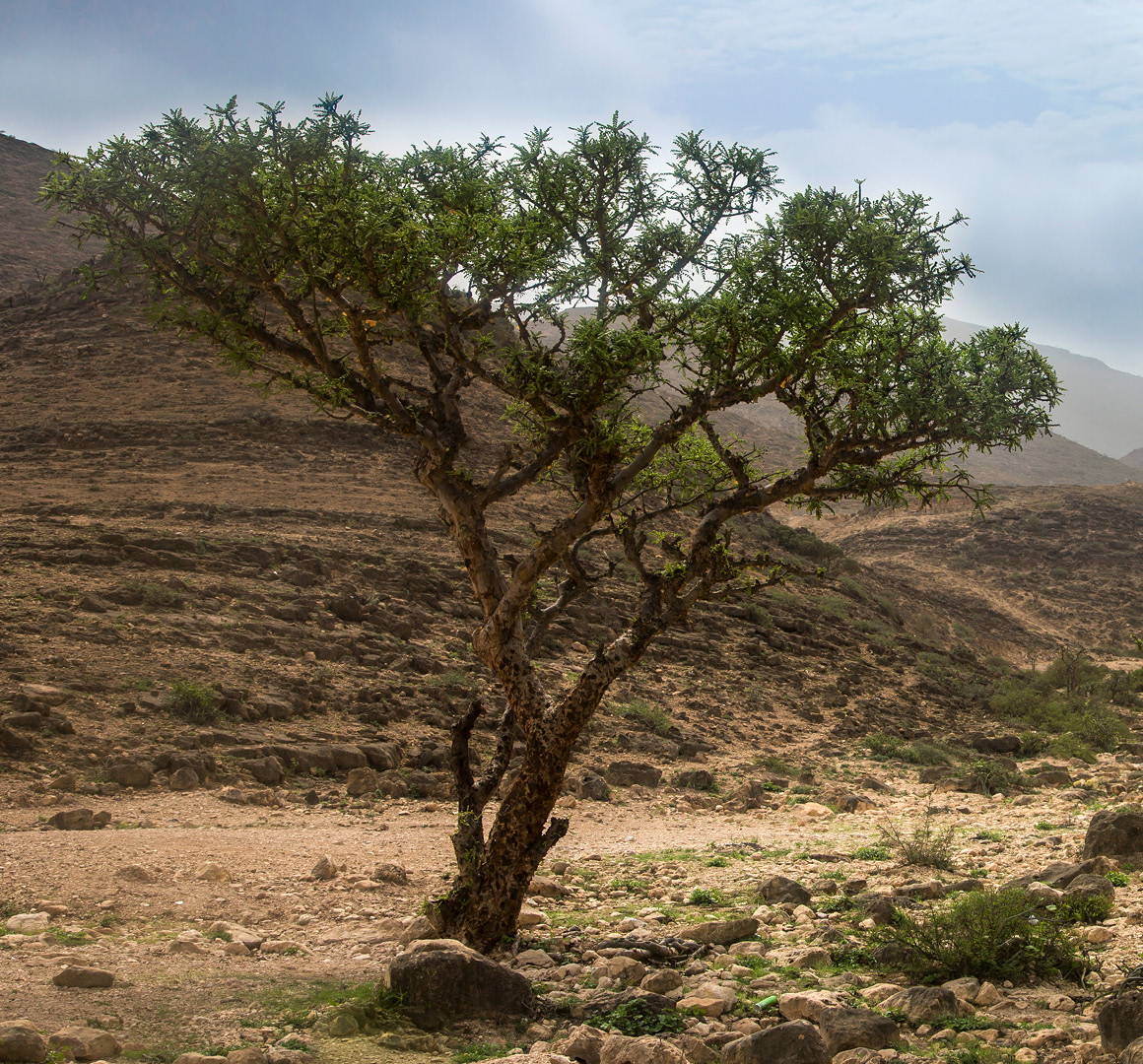 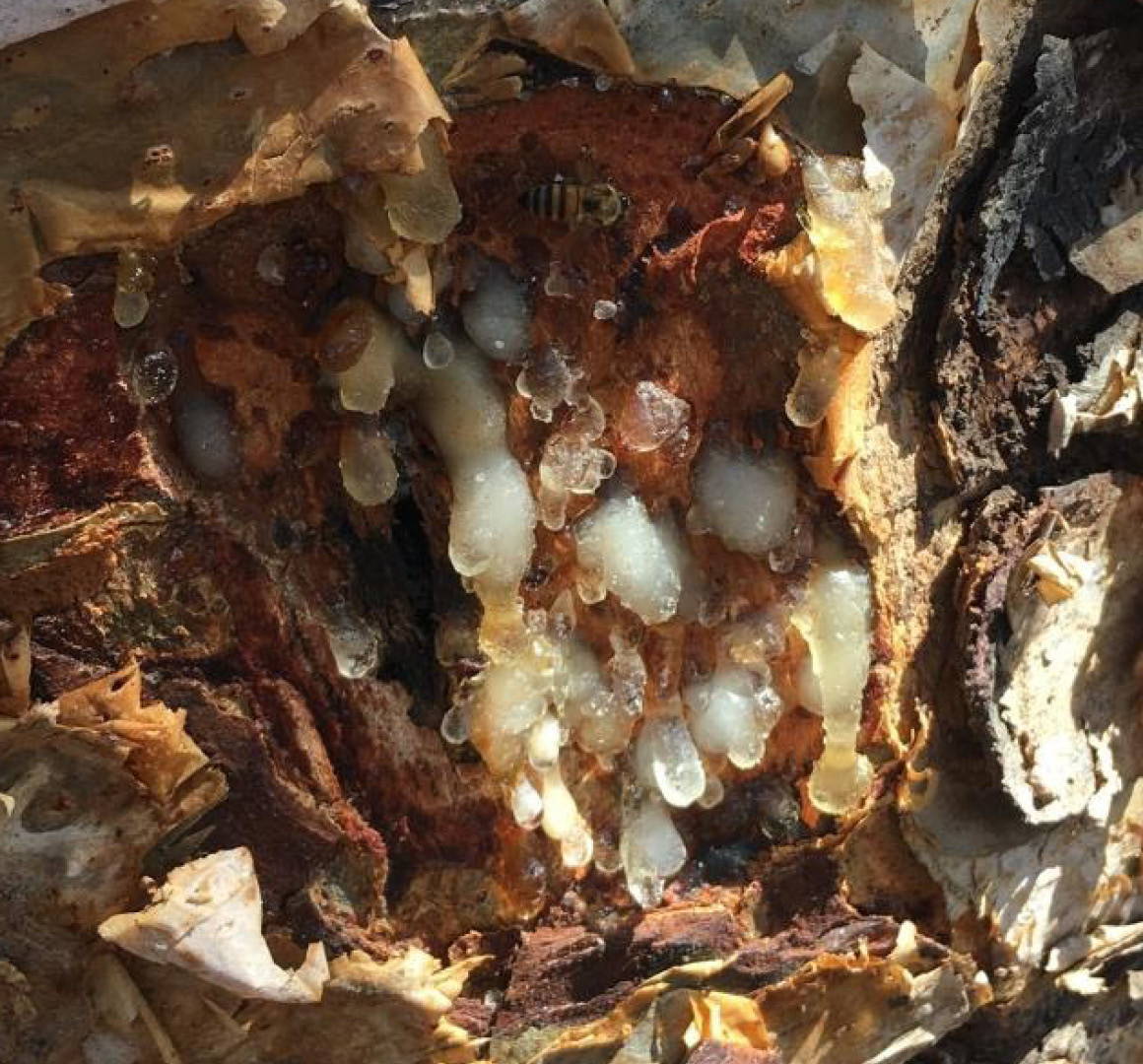 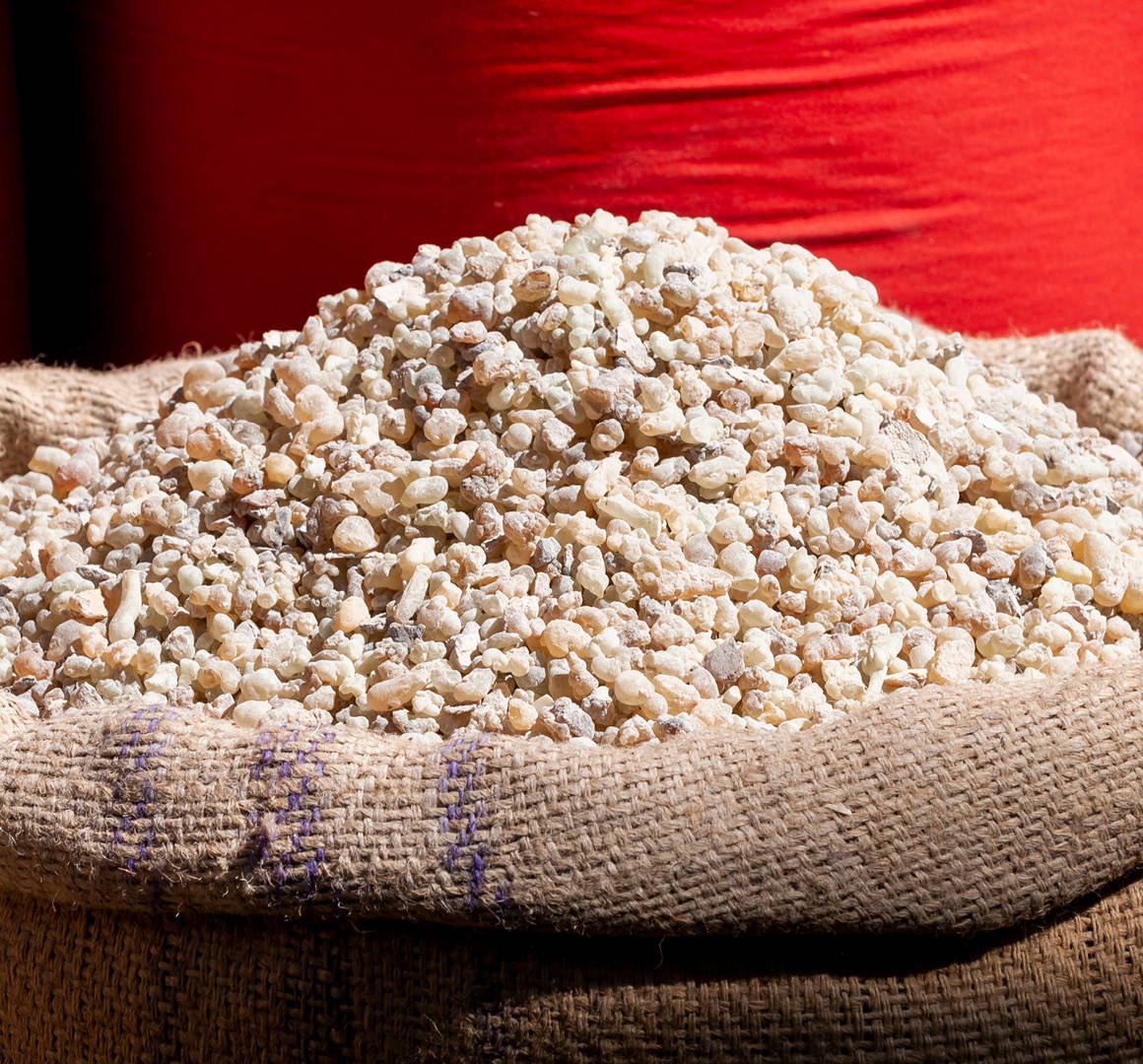 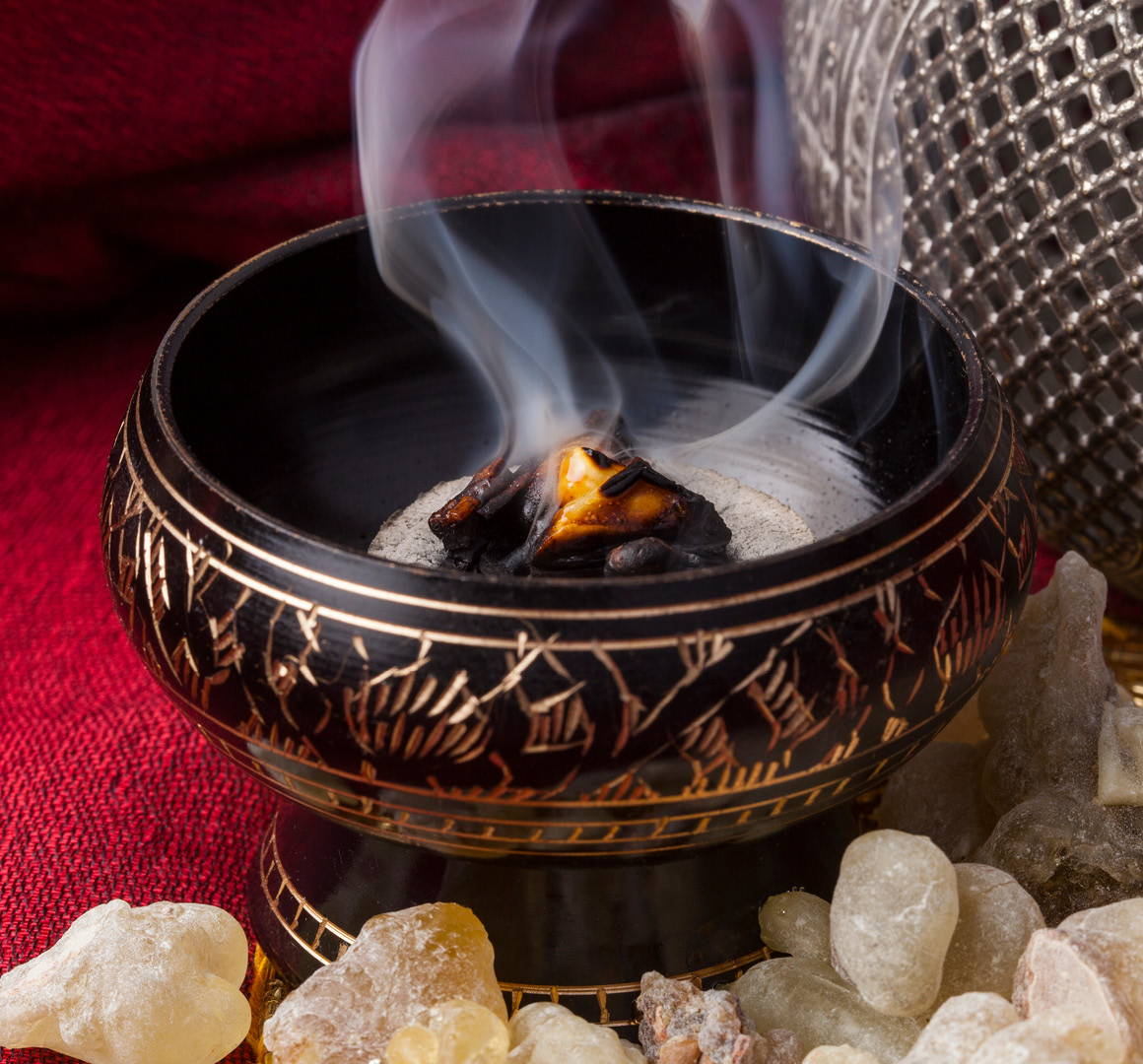 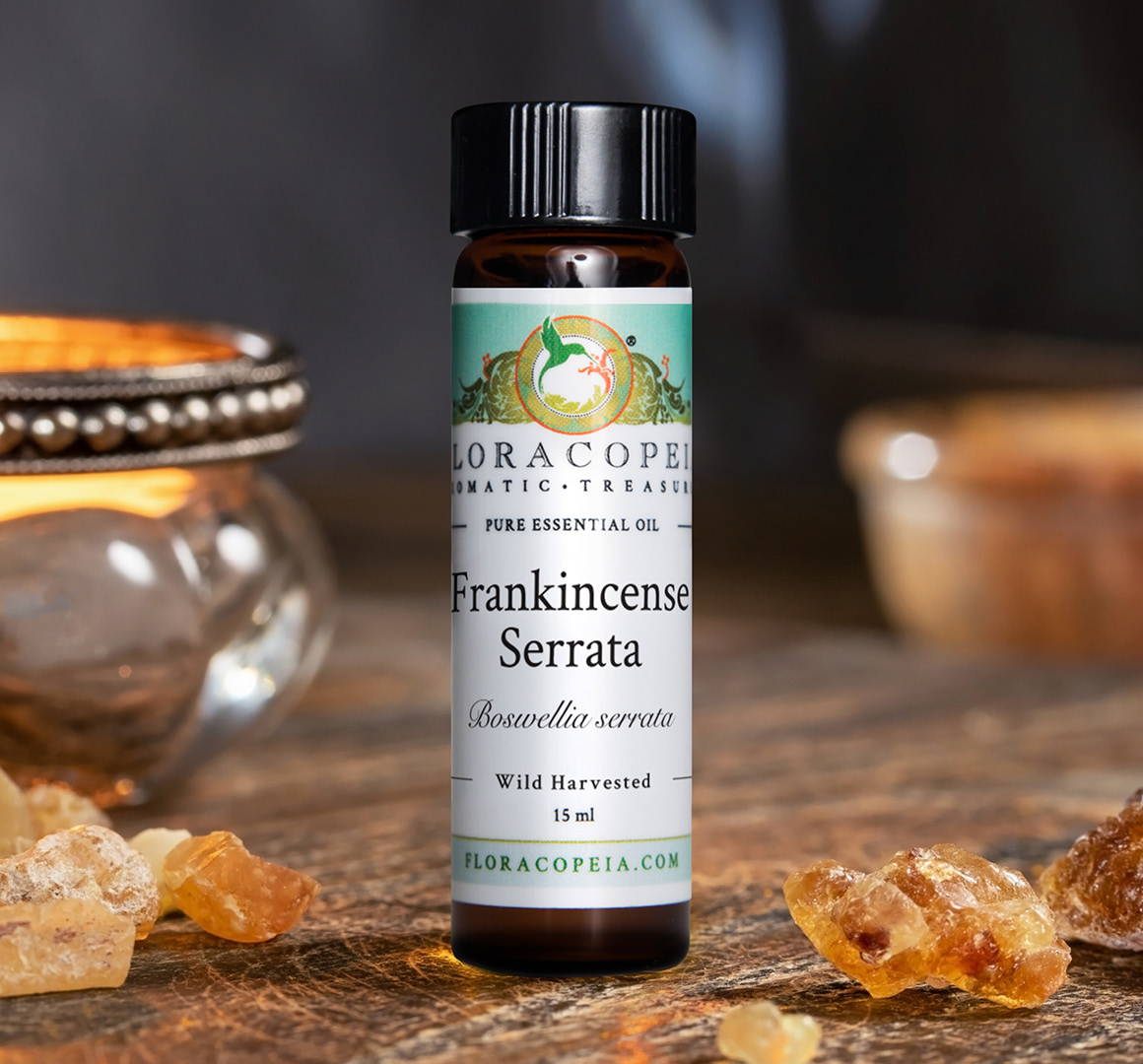 Over two-thousand years ago, three sages made their way across the desert, following celestial signs. Among the various gifts they carried for the newly incarnated Avatar was a collection of resinous tears, one of the most sacred substances and valued medicines of the time. Ever since then, frankincense has been remembered as a fragrance associated with the Christian holidays.

Frankincense comes from northeastern African countries and the Arabian Peninsula. The primary producing areas are Somalia, Ethiopia, and Oman. The Dofar Valley of Oman is considered to be the source of the highest quality frankincense resin, which is harvested by Beduin nomads.

Frankincense is one of the world's oldest and most famous items of commerce. For over a thousand years, the resin has been carried by camel caravan from the remote harvesting regions in the desert to the far corners of Asia. Navigating by stars, the ancient traders made their way across the sands of the Sahara, following a network of secret cisterns built to collect the precious scanty rain. Every year large shipments of the treasured resin tears found their way into the cities of northern Africa, to be sold in markets from Rome to Beijing.

There are numerous species and varieties of frankincense trees, each producing a slightly different type of resin. Differences in soil and climate create even more diversity in the resin, even within the same species. In some places the desert environment is so harsh that the trees grow directly out of marble rock; the resin from these hardy survivors is considered superior.

To harvest frankincense, the outer bark of the tree is cut with a metal knife, causing the resin to bleed out. A few weeks later the harvesters return, gather the resin tears that have flowed from the tree, sort them into different grades, and store them in caves. The highest quality frankincense is in the tears which are almost pure white.

Frankincense is highly valued for its medicinal powers. Oleoresins are a part of a trees immune system, secreted to protect it from herbivores, insects, and fungal pathogens. Resins also speed the healing of wounds to the tree, which is why the sap flows when the bark is cut. In a similar way, frankincense has medicinal functions related to enhancing human immunity and supporting rapid healing. Frankincense has been used historically for treating respiratory infections, regenerating the skin, and for treating wounds, bruising, and scars. The resin of Boswelia Serrata, Indian frankincense, is now widely used for its anti-arthritic and anti-inflammatory properties; these functions were well-known in Ayurveda long before the discovery and isolation of boswelic acids, the active compounds.

Frankincense is the most universally known temple incense. When burned on a censor, the resin gives a sweet pine-like smoke, which purifies the atmosphere and uplifts the spirit. Foul odors have always been regarded as a sign of evil spirits, which could be interpreted in modern scientific terms as the presence of pathogenic microbes. Frankincense has confirmed antibacterial properties, which can remove these disease-causing spirits. In medieval times, the fumigation of churches with frankincense was as much an antiseptic function as a spiritual one, since most people were filthy from lack of sanitation. Many spiritual practices, including those taught in Ayurveda and the yogic traditions, are actually derived from hygienic methods.

How can yogis and yoginis use and enjoy frankincense? A few drops of high-quality frankincense oil can be applied to the palms, rubbed together, and inhaled. This produces an instantaneous clearing of the sinuses and a strong activation of the prana entering the brain and lungs. Frankincense essential oil can be mixed with a carrier oil such as coconut or sesame and applied to sore joints and stiff muscles. A few drops of the oil can be sprinkled on a hot wet towel and applied to the chest for opening and stimulating the respiratory system.

To express their devotion, meditators could offer a tear of resin or a drop of essential oil on a charcoal placed on their altar; the fragrance is pleasing to the hearts and minds of humans and deities alike. We might like to adopt a simple practice from Arabic cultures: honored guests are greeted by sprinkling a few shavings of the family's finest frankincense on a coal, producing a cloud of smoke that the guest then uses to wash himself before entering. These types of simple practices promote inner peace, improve health, increase social harmony, and remind us of our common spiritual ancestry, which in turn are the foundation for creating peace on earth.