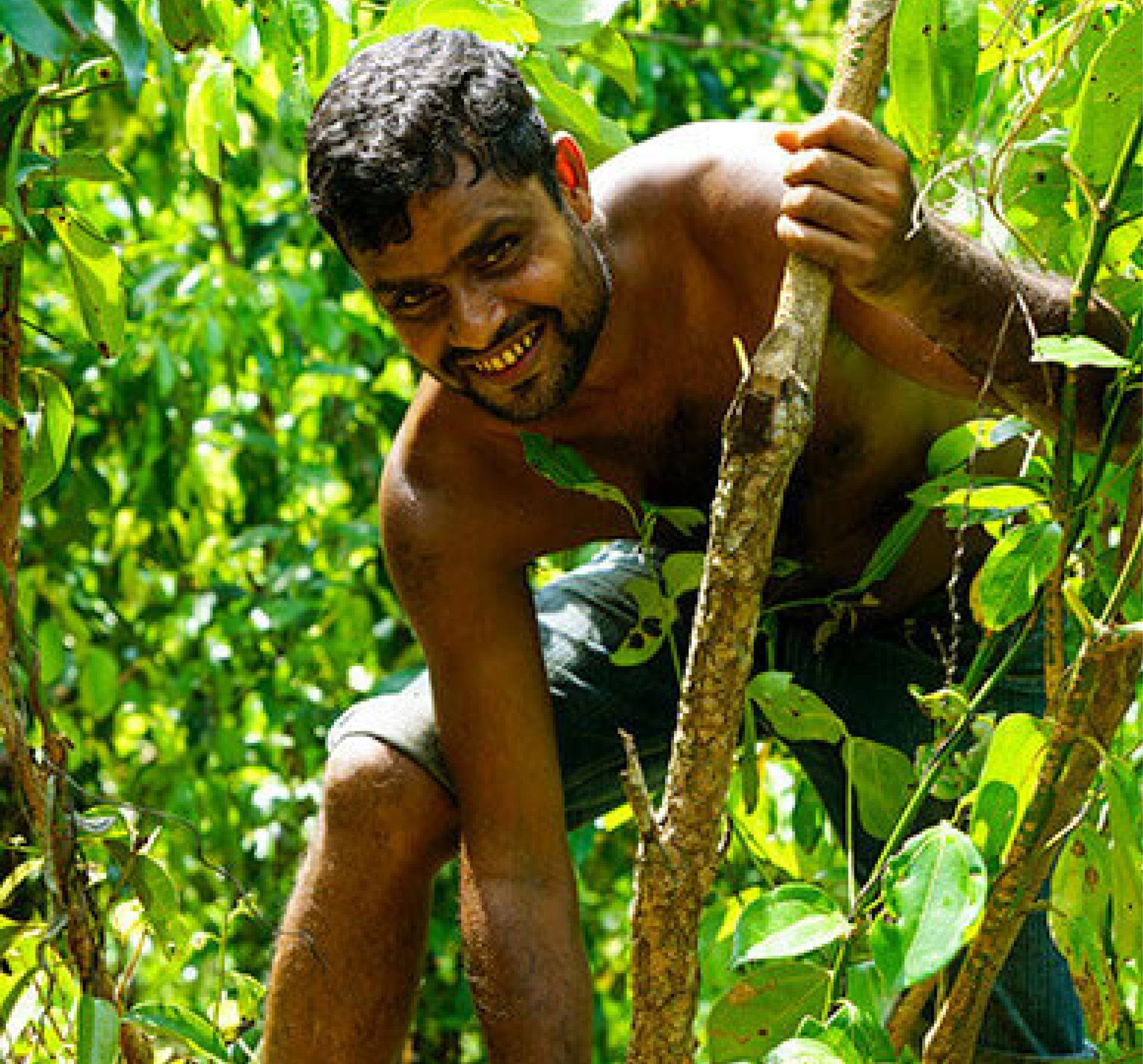 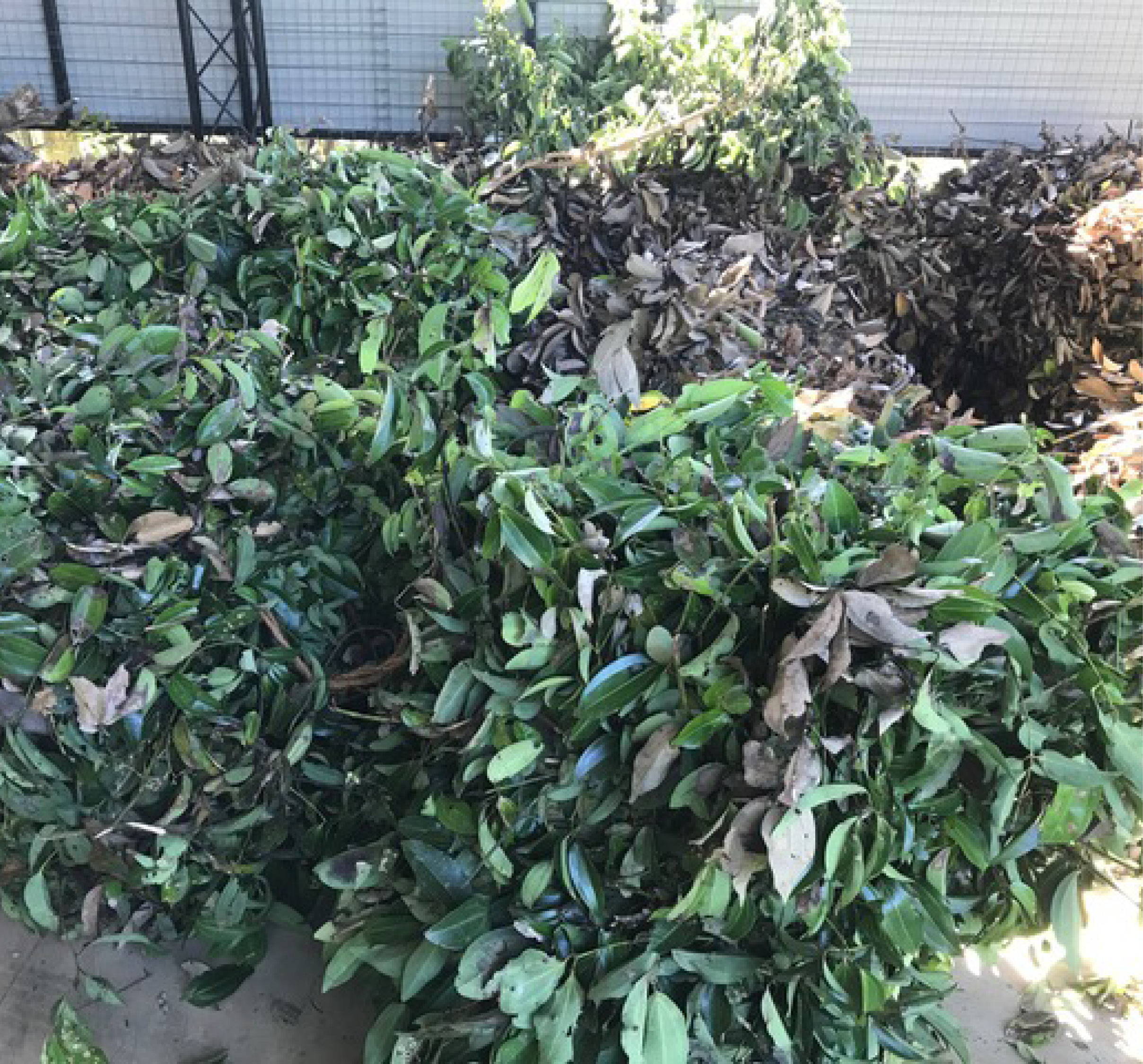 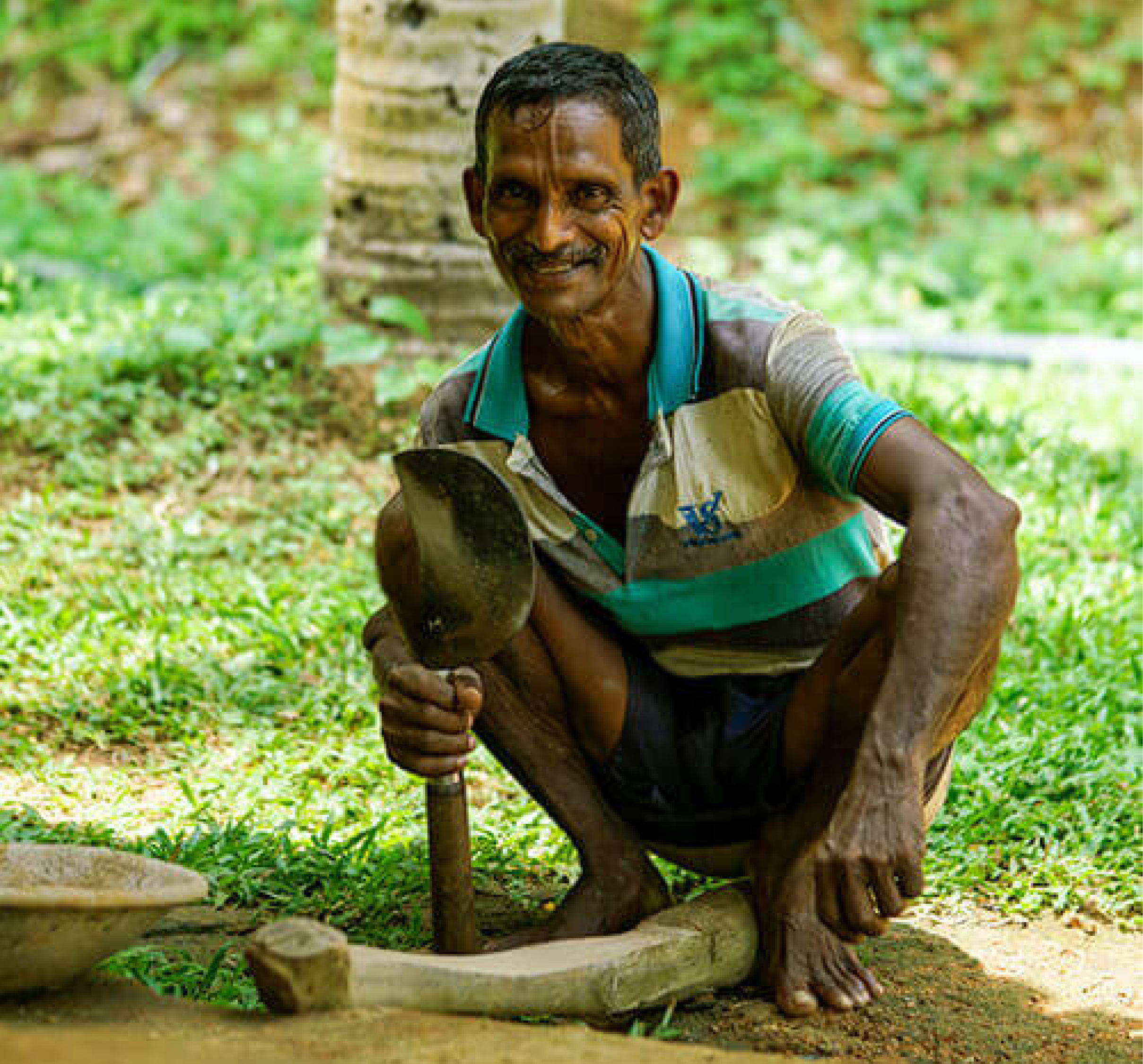 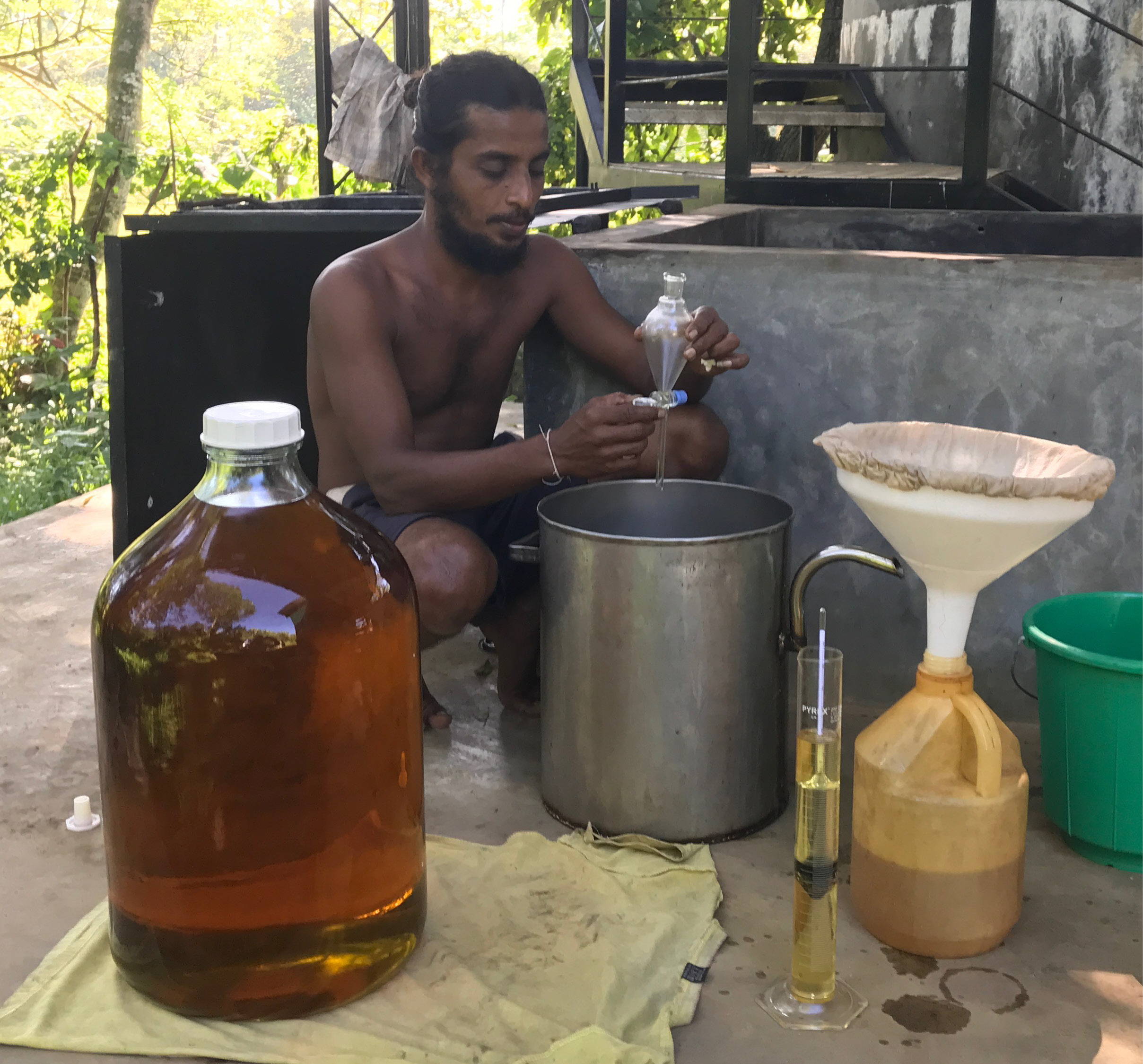 Ceylon Cinnamon, the world’s only true cinnamon, is grown in Sri Lanka.

We’ve partnered with a cinnamon farm stewarding 25 pristine acres of Sri Lankan cinnamon. They grow, nurture, harvest and peel cinnamon quills for distribution. They keep the leaves and let them dry in the sun before bundling them for distillation. The leaves are steam distilled with pure, deep well water to extract gorgeous Ceylon Cinnamon essential oil.

The traditional distillation equipment is hand made with wood, stainless steel, mud and coconut husk rope as it has been done for many generations. The distillation process has been passed down and perfected from generation to generation. Each slow steam “cook” takes about 9 hours for each batch, and afterwards the essential oil is carefully separated by hand yielding about 3 kg, a small amount of expertly crafted essential oil.

In this sustainable distillation process, the residual aromatic water is used in the next batch, the wet leaves are dried in the warm breeze and used as fuel for the next cook, and the remaining ash is used as fertilizer.

We’re proud to support this eco-project and offer this extraordinary Cinnamon essential oil.

shop now
Back to Eco-Projects