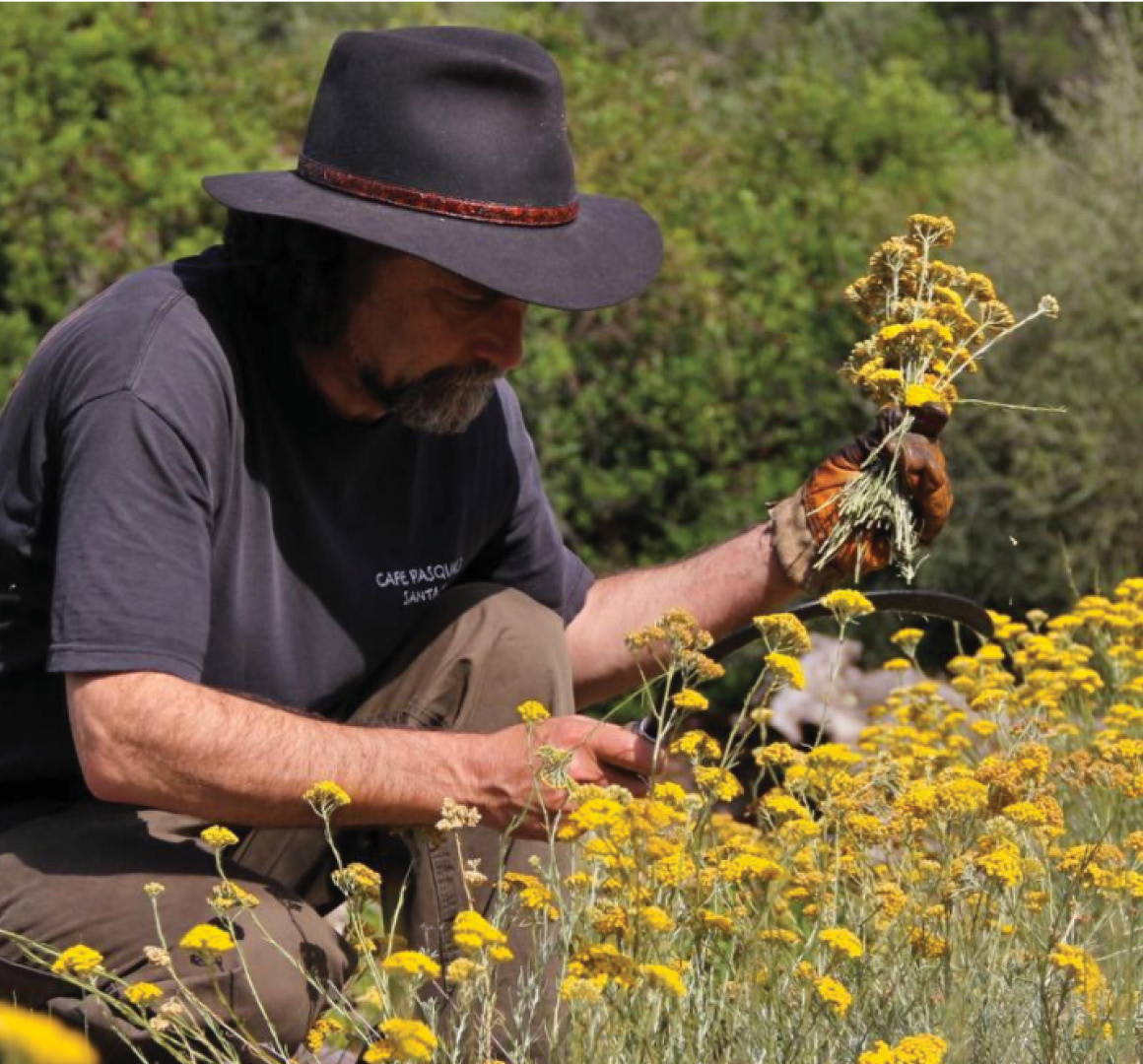 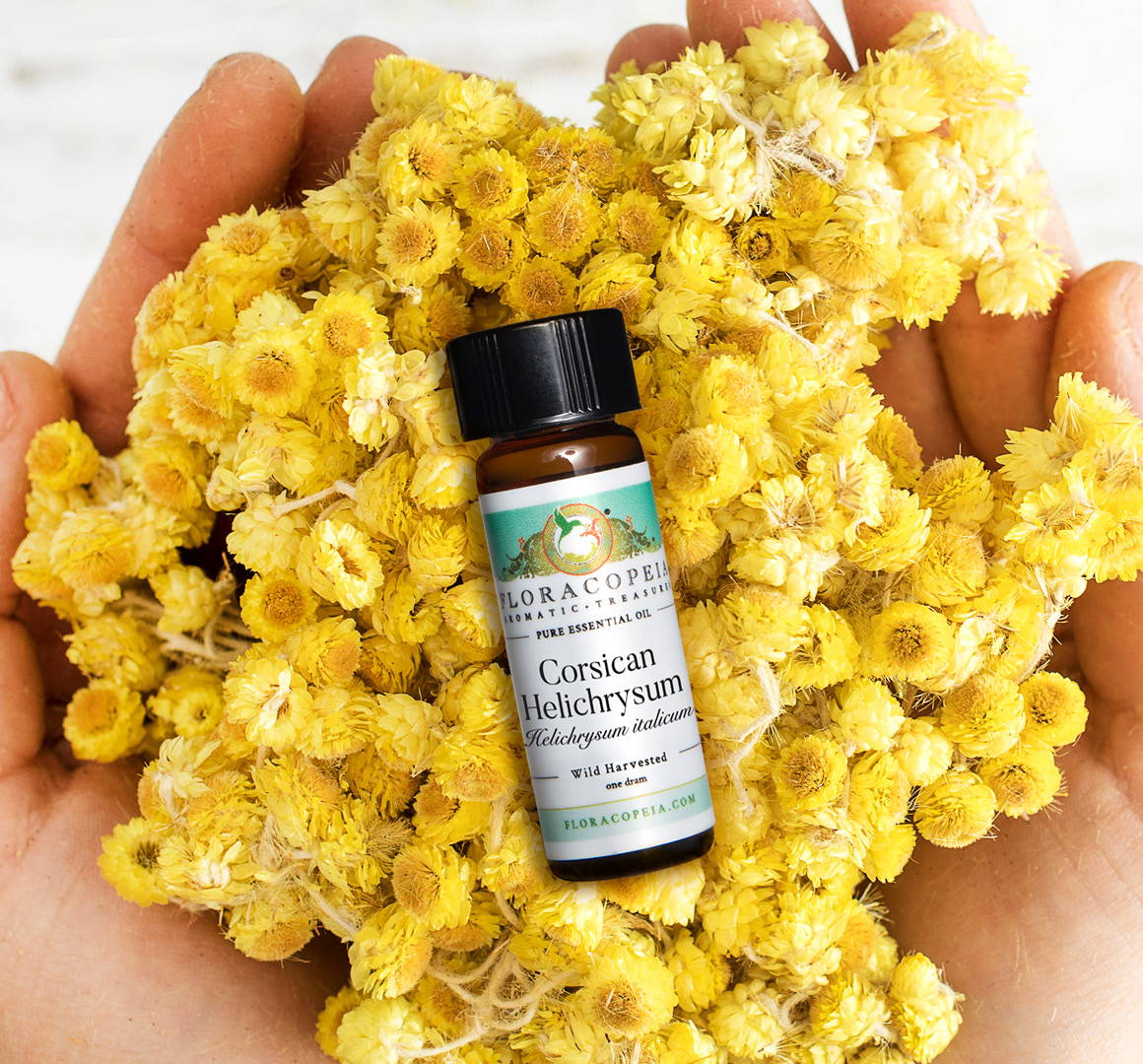 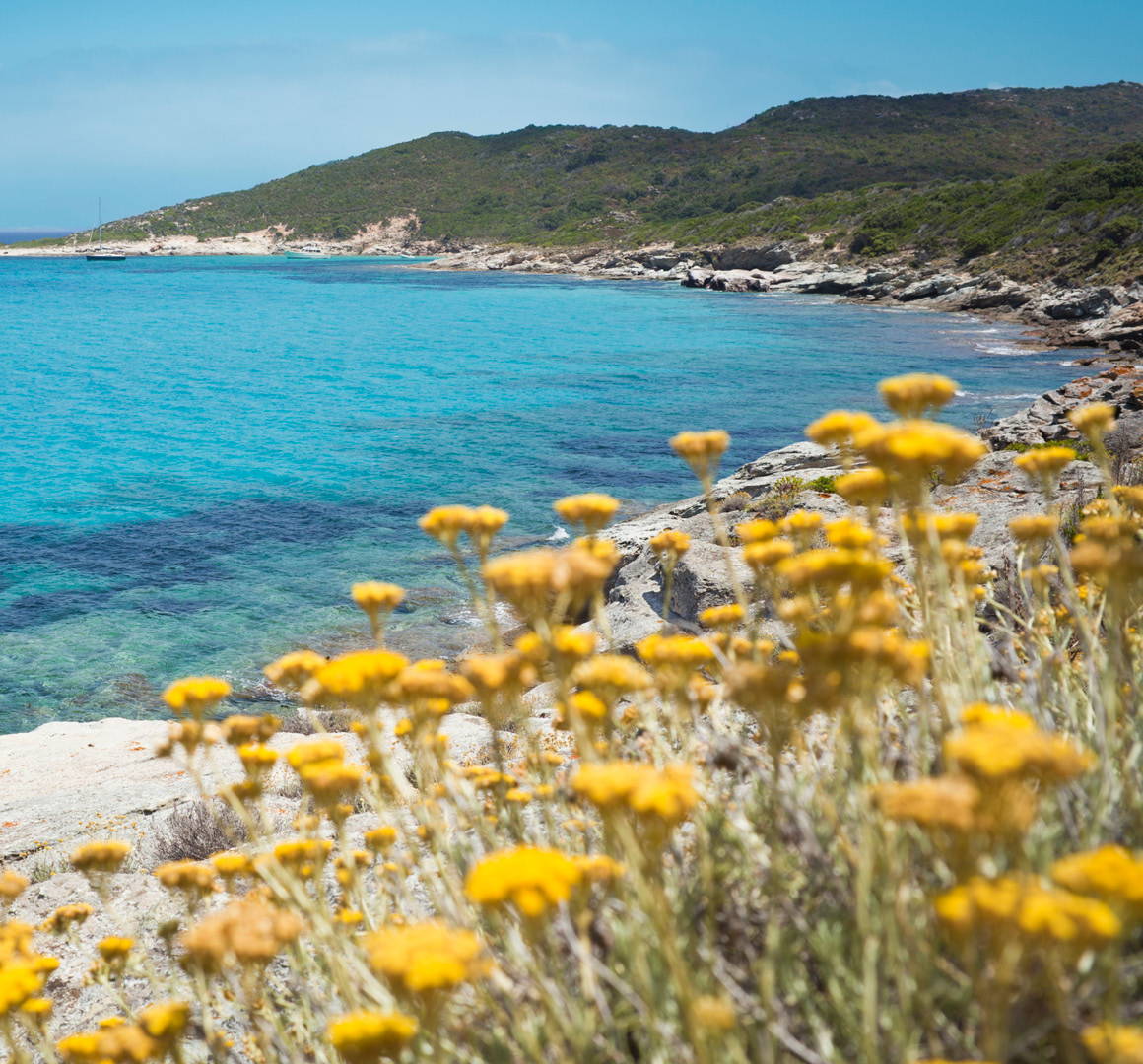 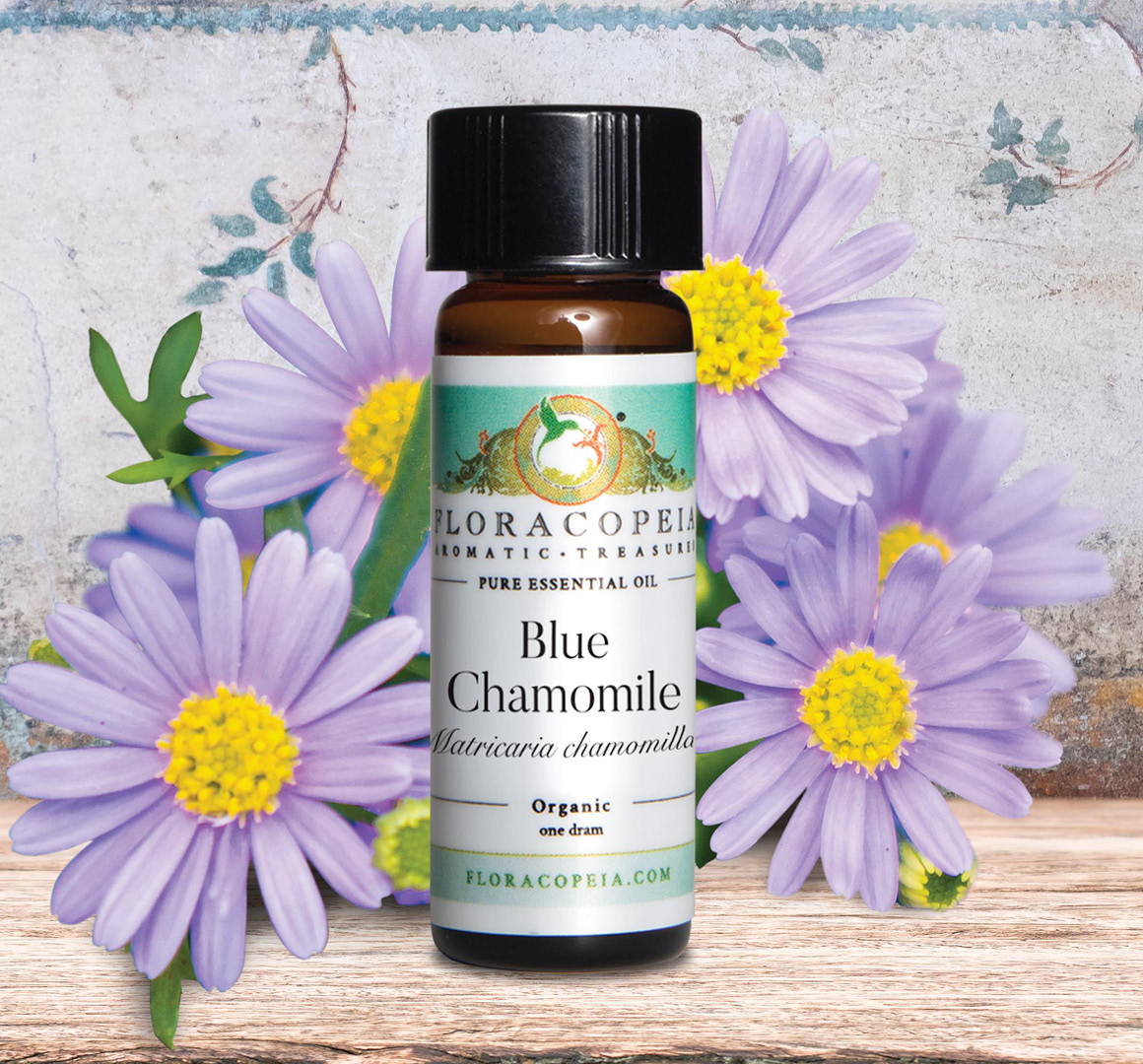 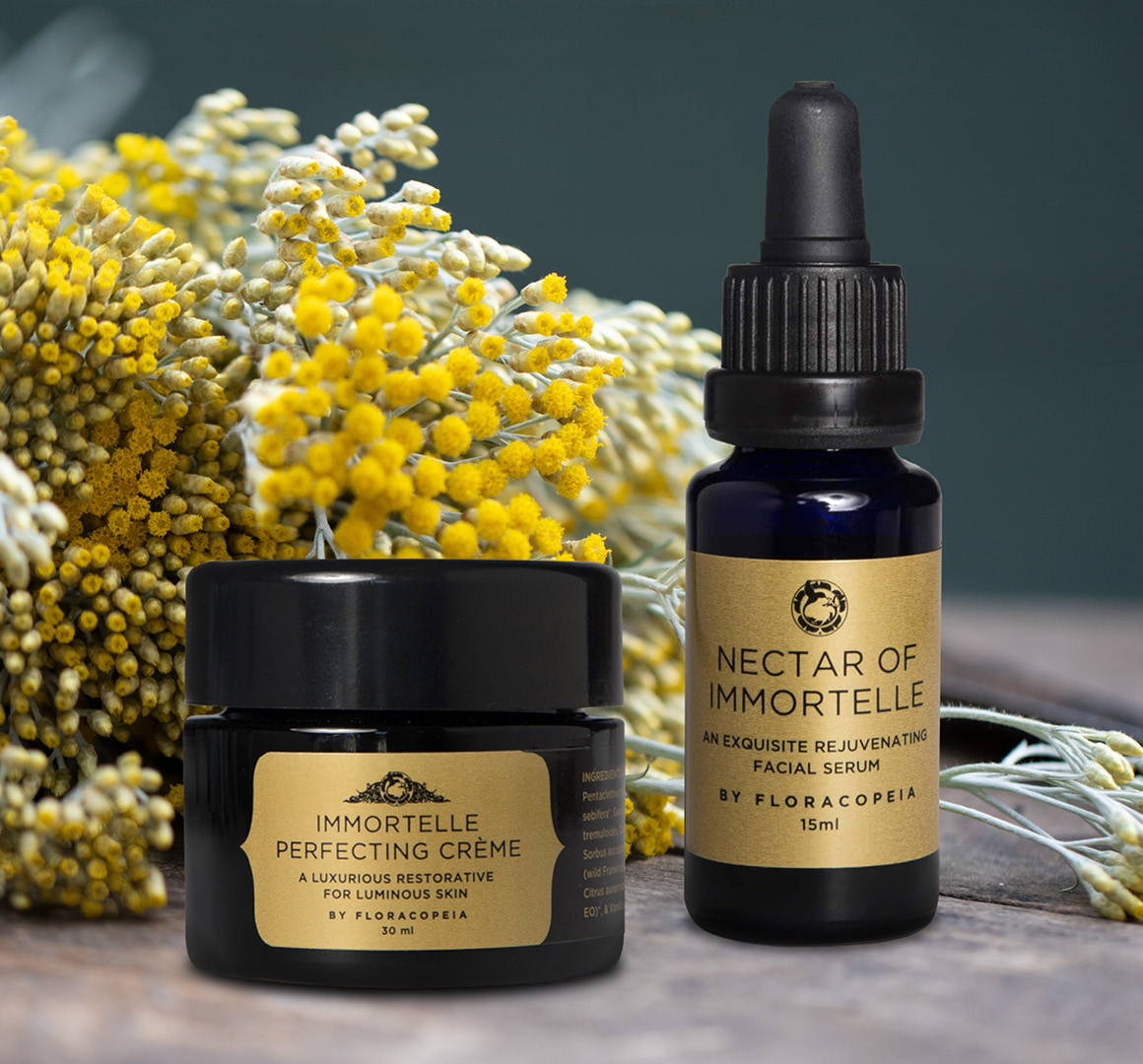 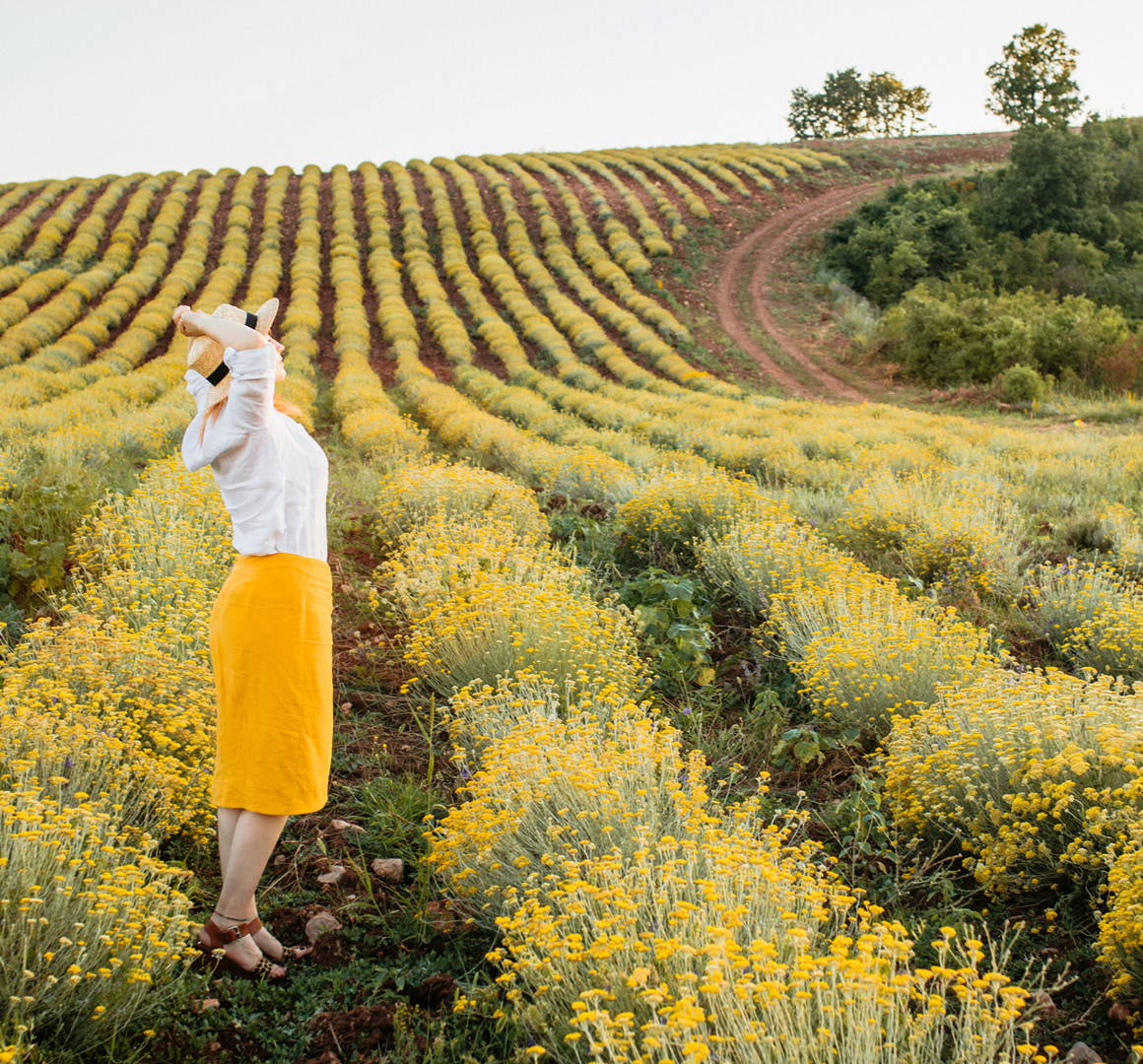 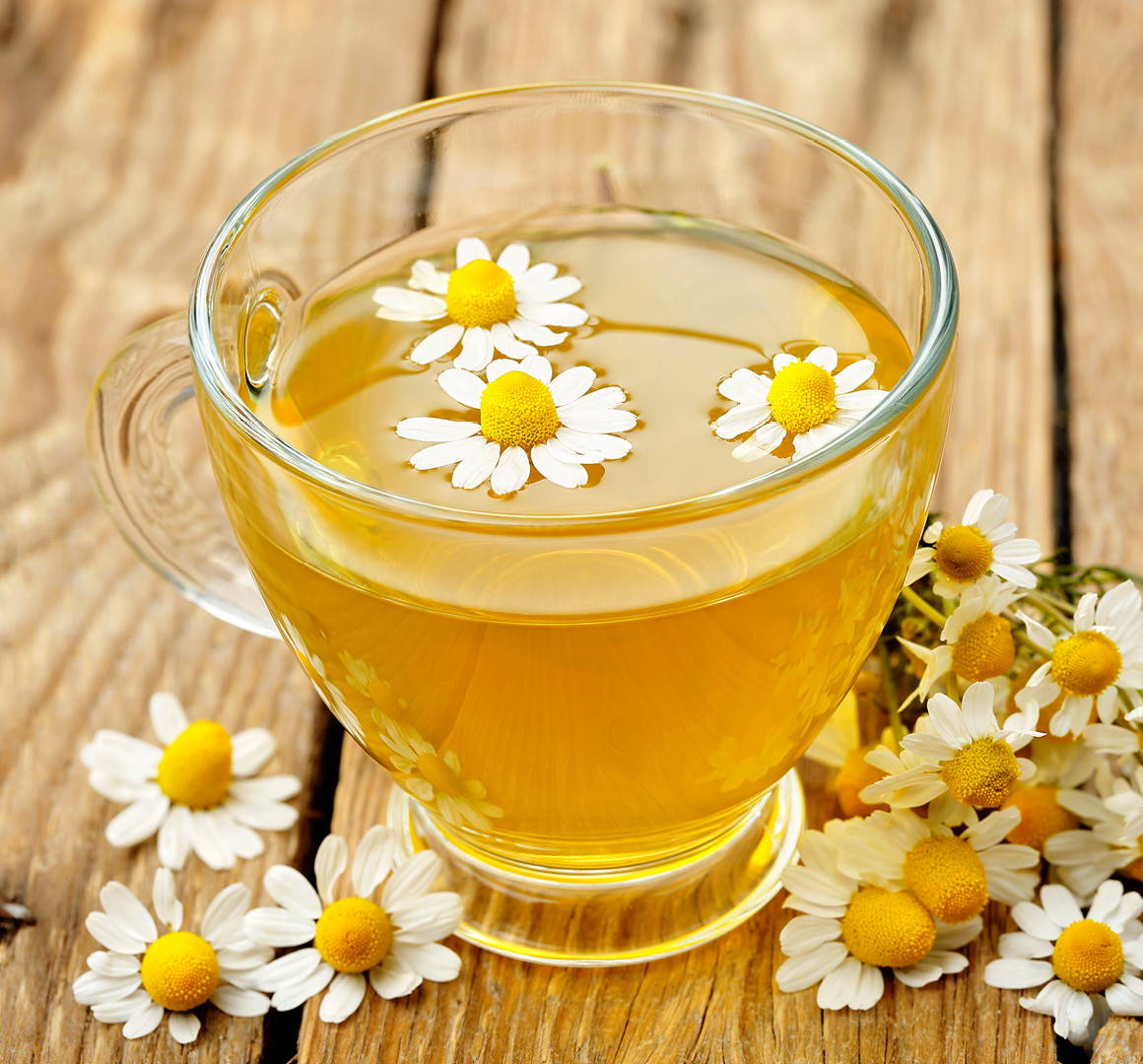 I most often write about beautiful, exotic, rare, and tantalizing flowers, fragrances, and essential oils. But the plant realm is full of many mysteries and surprises — and some of the most effective remedies are found in common weeds.

The aromatic herbs Helichrysum and Chamomile are so unobtrusive and humble they could easily be overlooked — yet they contain remarkable healing powers that make them superior among the vast selection of natural medicines.

In its intelligence and compassion, the earth provides a multitude of solutions to the pain and suffering that are part of life. Helichrysum and chamomile are two botanical emissaries that bring us this compassion in the form of fragrant essences.

Offering their aromatic oils, they ease the pain of trauma, reduce inflammation, speed the healing of wounds, and calm emotional disturbances. Helichrysum and chamomile are great allies for those on the path of yoga, as they are two of the foremost remedies for treating injuries from exuberant effort in asana practice.

Helichrysum, or immortelle, is a common yet highly beneficial plant. It grows profusely in many parts of the world, preferring open and sunny hillsides. There are about six hundred species of helichrysum, many of which are grown as garden ornamentals. Although the unknowing passerby might not even notice this small shrub, immortelle gives us one of the most potent, safe, effective, and versatile of all the therapeutic oils.

In this sense, immortelle is a perfect example of beneficent power residing in lowly places. Its name, however, reveals its divine nature: derived from the Greek helios, meaning sun, and chrysos, meaning gold, it refers to the golden-yellow color of many of the flowers in this genus.

Chamomile is also a plant that one might overlook, growing unobtrusively as a low-lying herbaceous groundcover. But chamomile's humble appearance is deceiving: this important species has an elevated place in old European herbology, and is one of the earliest herbs mentioned in the English herbal tradition. Chamomile tea is renowned as an effective home remedy for everything from indigestion and menstrual cramps to insomnia and grumpiness in children.

Distillation draws out and concentrates the prana (vital energy) and rasa (nutrient juices) of the chamomiles, giving us therapeutically valuable oils:

All the chamomile oils can be used interchangeably, but for soft tissue and joint injuries the blue oil is preferred. It is excellent in massage oils, salves, and compresses, which alleviate pain by improving circulation and reducing inflammation. These applications can be effectively used for muscular sprains and strains, rheumatism, arthritis, bursitis, and similar conditions that require a gentle cooling, soothing, and circulation-enhancing influence.

Like chamomile, helichrysum is used in traditional ethnobotanical medicine for a wide range of health problems. All parts of the plant from the roots to the flowers are utilized, for symptoms from headaches to heart disorders. Helichrysum oil has been found to contain several compounds with antibiotic, antiviral, and antifungal properties...

This confirms the traditional use of the plant, which is applied topically for skin infections. For those suffering from herpes outbreaks, researchers have confirmed that helichrysum possesses strong yet nontoxic antiviral powers.

Helichrysum oil is probably the most important of all essential oils for athletes and those who practice strenuous yoga. It is a superior wound-healing agent with pronounced bruise-resolving, pain-reducing, anti-inflammatory, anti-rheumatic, and anti-arthritic properties. These healing powers are thought to be produced by antioxidant compounds present in the leaves and flowers, substances which are now being studied for potential new drug products.

Helichrysum essential oil can be used interchangeably or in combination with the chamomile oils. For strained muscles or aching joints, apply a warm compress generously sprinkled with one or both oils. Alternately, apply helichrysum oil mixed in a carrier of rosehip seed oil; this combination is an effective remedy for the litany of complaints related to athletic overexertion, as well as many skin diseases.

Entire chapters could be written about the numerous benefits of these two herbs and the therapeutic compounds they produce. Even this would be only a glimpse into their hidden secrets, as we know relatively little about the complex inner lives of plants and how they might help us.

When we consider how the simplest and most unassuming garden species offers a virtual pharmacy to alleviate suffering, we begin to appreciate how we are surrounded by nurturing compassion, growing prolifically throughout the plant realm.