Vanilla: The Seed of Happiness 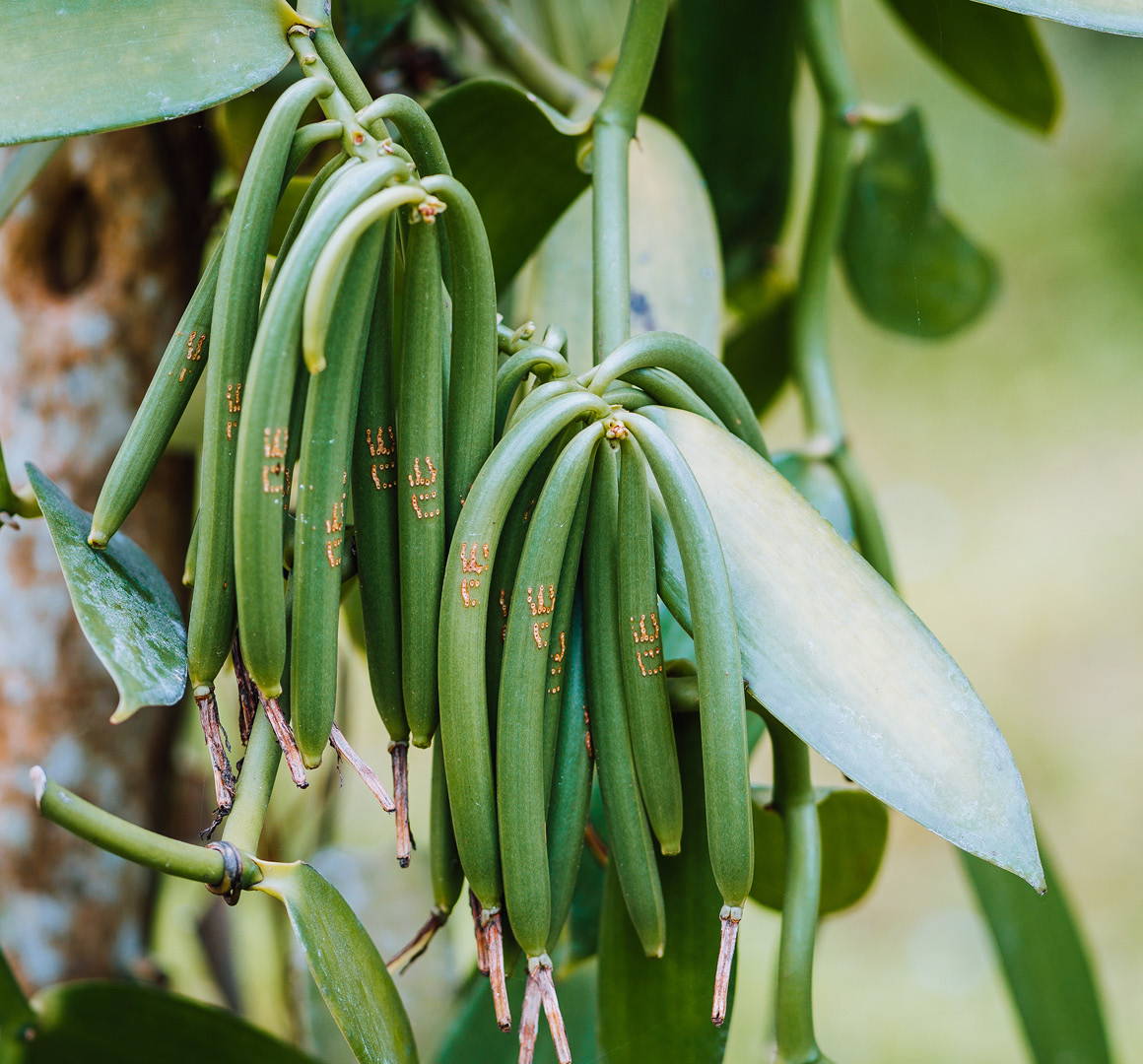 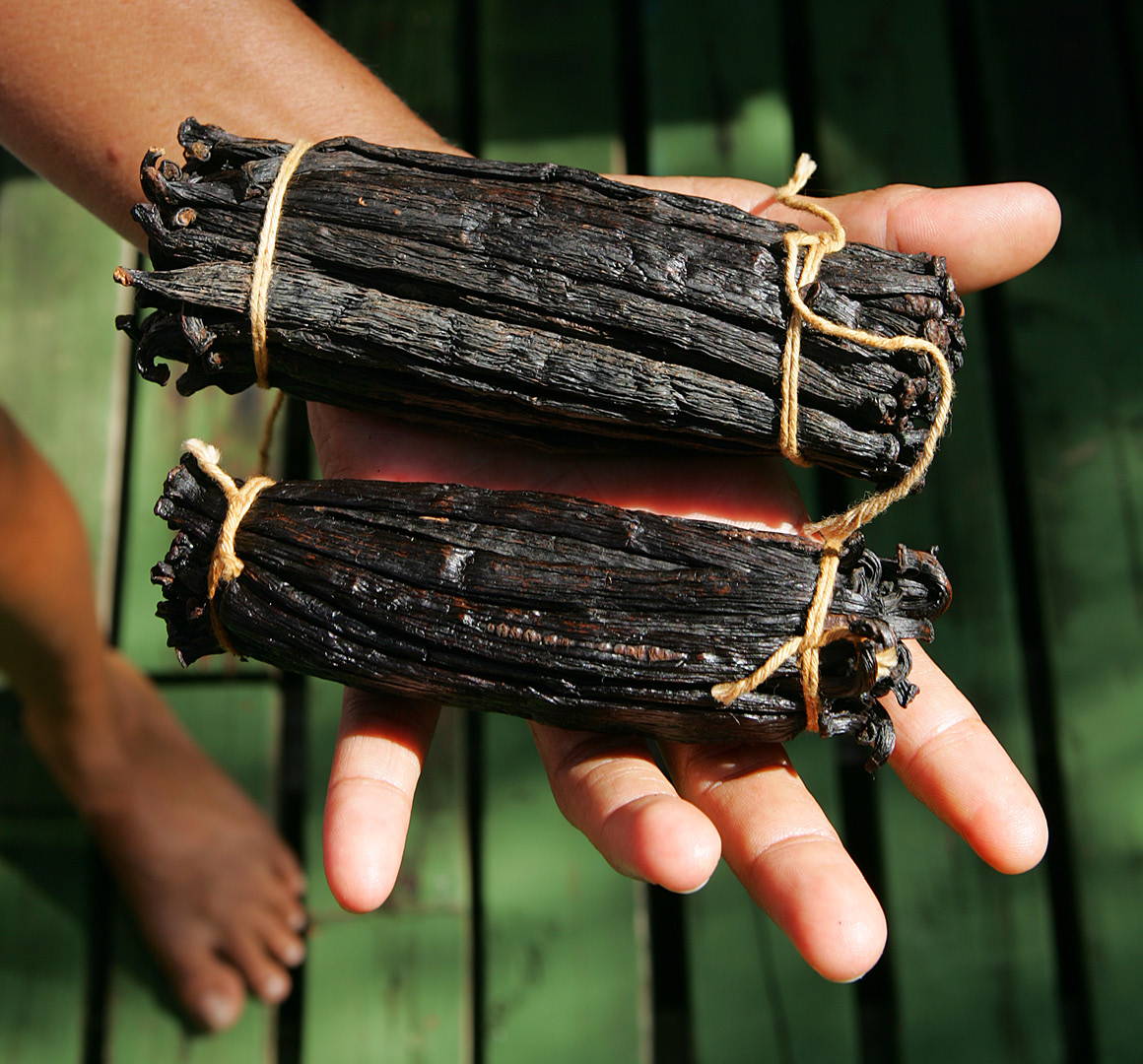 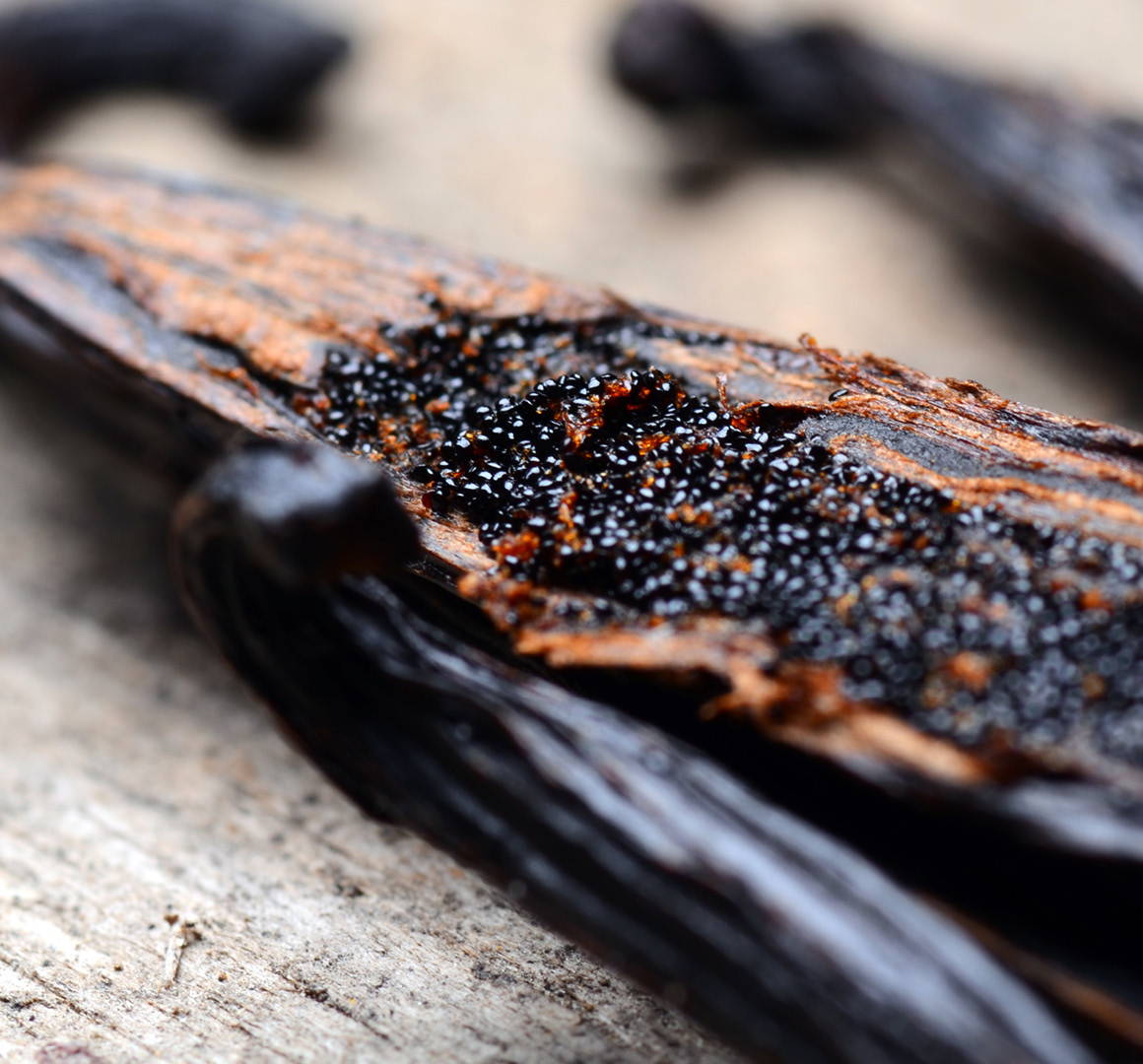 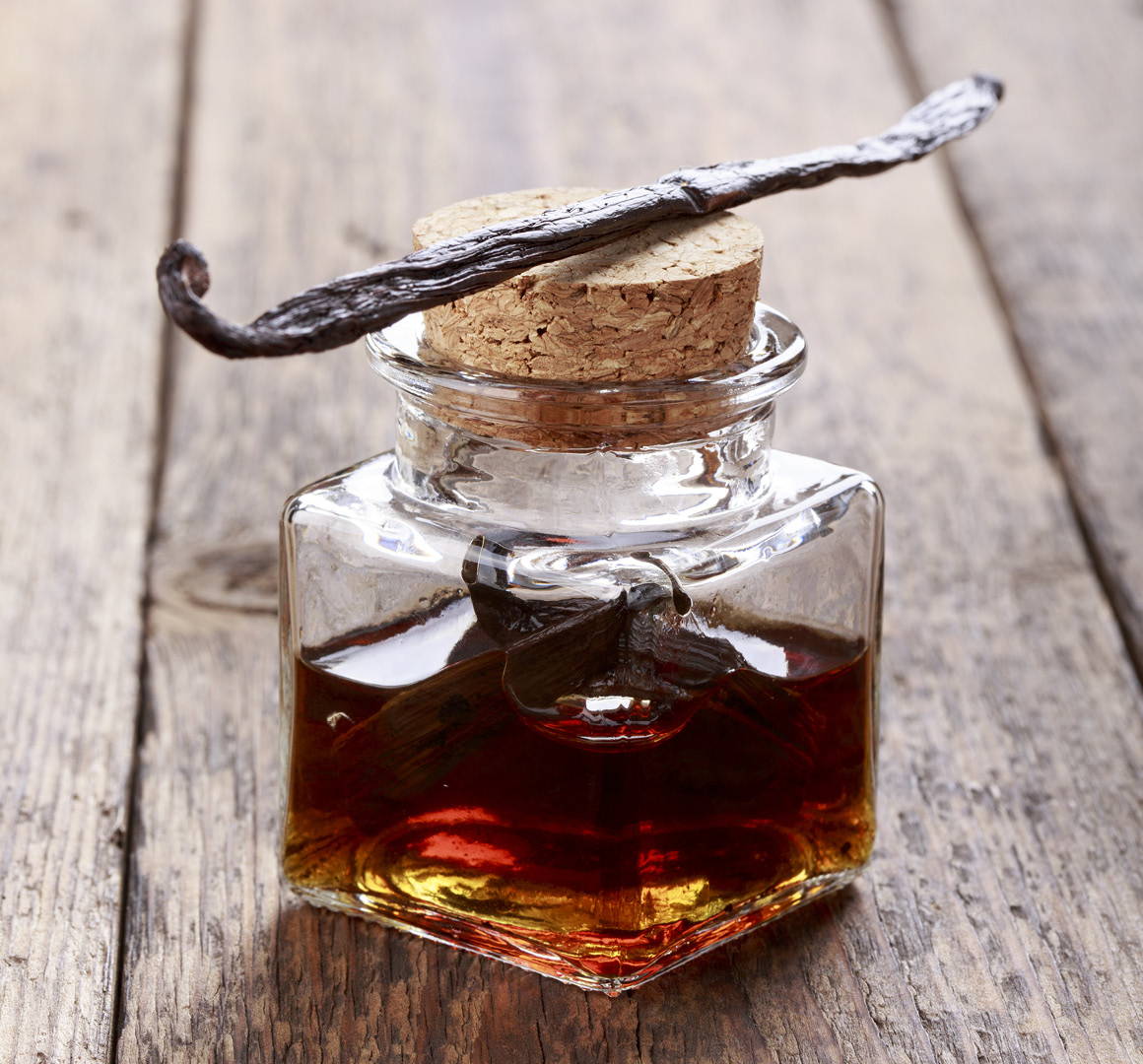 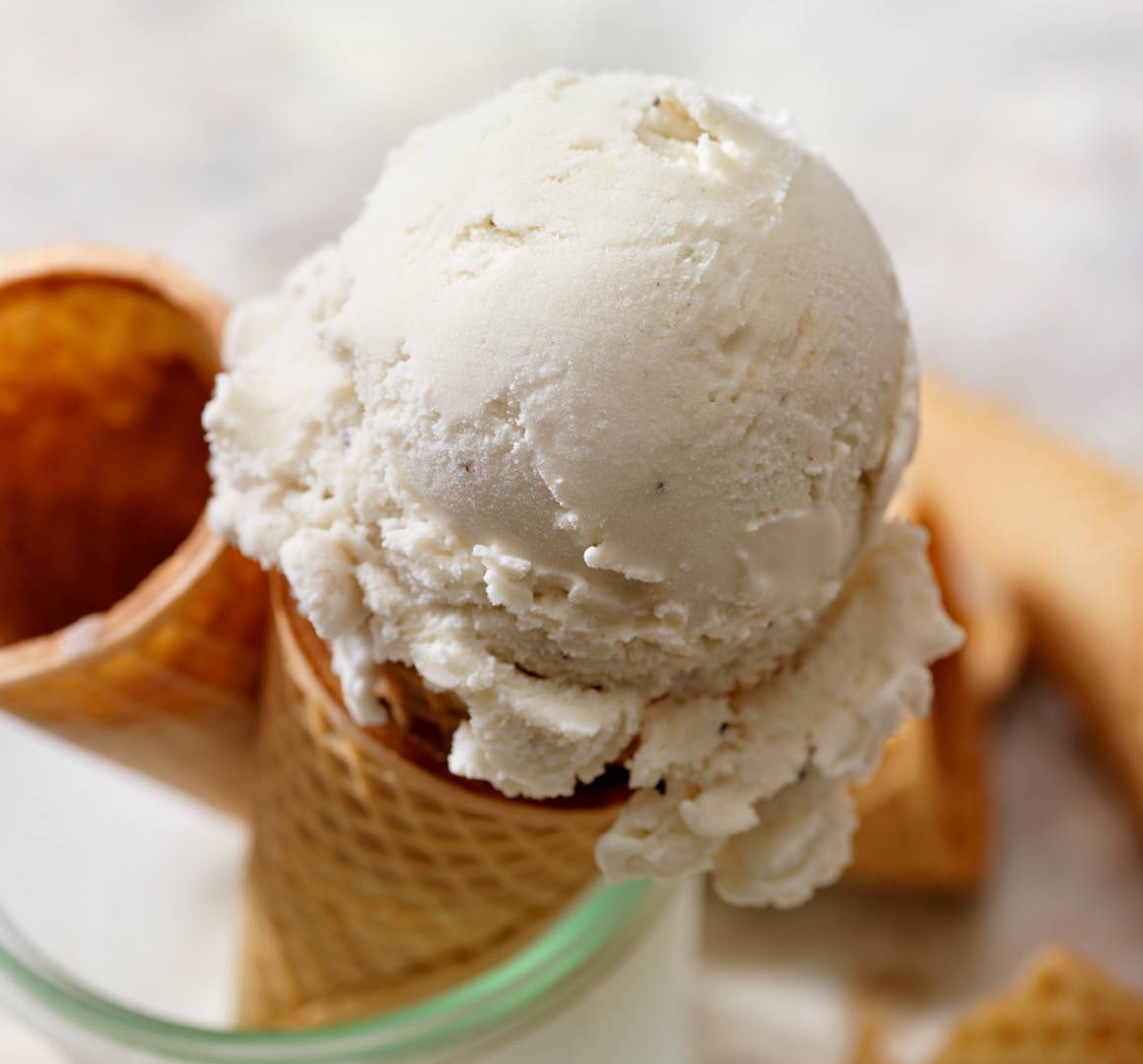 One of the most enjoyable aspects of studying natural healing systems such as Ayurveda and aromatherapy is the endless variety of plants and fragrances that one meets along the path. A person could spend a lifetime studying just one of these plants (and some do), and still not know everything about it. This month we feature a common spice known to all, but one with many intriguing secrets.

In my hand, between my thumb and index finger, I am gently holding a vanilla bean. It is a dark brown color identical to a rich chocolate, the similarity of their hues revealing the love they have for each other. The skin of this pod is slightly oily and smooth, almost sweaty, and very human-like except for tiny narrow grooves that run the length from the stem to the tip.

This particular specimen is about eight inches long and a quarter inch wide; it might easily be mistaken for a worm. Its texture is leathery and tough yet rubbery and soft. Rolling the pod between my fingers, it gives the feeling of being hollow. Curious, I gently peel the pod in half, to reveal a layer of an even darker brown-black substance, moist and viscous, apparently consisting of near-microscopic seeds in a gelatinous mass. Overcome with temptation (is it the effect of the fragrance?), I scoop out a small portion of this vegetable caviar and place it on my tongue; the seeds are crunchy, like grains of sugar.

There is something slightly erotic about this bean, and I suspect that its sensuous skin, tantalizing aroma, and succulent flavor are affecting the neurochemistry of my perception. It is, after all, a seed pod, a reproductive organ of a jungle orchid, whose name is derived from the Spanish translation of the Latin word vagina. It is also, according to the mythology of the ancient Totonacs who first cultivated the vine in the jungles of Mexico, the incarnate daughter of the fertility goddess. Overcome with love for a handsome Totonac youth, Xanat transformed herself into an orchid, wishing to bring happiness and pleasure to all humanity. Ever since, that sattvic desire has been bearing exotic fruits in the form of a precious spice, second only to saffron in monetary value.

Plant mythologies frequently contain important clues that scientists later discover about the biochemical nature and therapeutic benefits of a species. As you might suspect, imbibing the nectarous yoni-flower of the fertility daughter's love produces amorous results. This was how Montezuma enjoyed it with his royal concubines, sipping a rich, nourishing, exhilarating, and aphrodisiacal brew of cacao, vanilla, chilies, and honey known in the Aztec tongue as xocolatl. It must have pleased Cortez, though it failed to soften his heart, as it was one of the treasures he took back to Europe after destroying the Aztec kingdom.

Transcending this apparent paradox, the plants offer us teachings and medicines for healing the painful schism we imagine between the two realms. And what better way to relax the mind's dualistic tensions than to nourish the body with pleasurable euphoria, gentle relaxation, improved digestion, and sublime wakefulness, all at once?

Rich, full, mysterious, and powerful, vanilla produces a wide range of effects on people, stimulating some with enhanced mental powers and increased virility, while soothing others with tranquility. Modern medical research has found the fragrance to be comforting to patients during times of stress and anxiety, such as lying in claustrophobia-producing MRI chambers.

Over the years its most common use as a medicine has been for relieving an upset stomach and calming nervousness; it is being used effectively for nausea during chemotherapy and for morning sickness during pregnancy. Wearing vanilla essence as a natural perfume or using vanilla-infused body oils has proven helpful in reducing sweet cravings. It would not be surprising if vanilla were found to have pheromone-like effects, considering its exotic origin.

The more we know about plants, the more our appreciation for them increases. The next time you see a vanilla bean, perhaps you will be tempted to take it home. Gently hold it in your hand, savor its tantalizing aroma, and remember it’s the fruit from the flower of a goddess, given out of her love and desire for us to be happy.